Sometimes the hackers do get caught...
...

Sometimes the hackers do get caught... 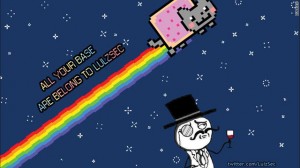 Looks like the possible leader, or at least a senior hacker, of the hacking group "LulzSec" has been arrested in London. Lulzsec is the hacking group that hacked Sony and has been behind many of the recent high-profile hacks. The arrest is particularly newsworthy because hackers these days are generally very hard to catch due to their use of multiple proxies for any hacking activity. That having been said, just like any site can be hacked if enough resources are poured into it, any hacker can be caught the same way: http://www.cnn.com/2011/WORLD/europe/06/21/uk.sony.hack.arrest/index.html