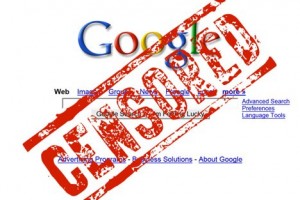 Over the past few weeks, a bill regarding the censorship of certain websites and content has been circulating through congress. Known to some as the "American Censorship Act" and to others as the "Stop Online Piracy Act," this act is targeted at protecting the intellectual property and other copyrights from online piracy. It will essentially open the door to an "Internet Blacklist" which will later become the target of prosecution by the government. Many believe that this bill is a direct violation of American freedom as it restricts online access and, in some cases, freedom of speech. Including a variety of high profile websites, more than 6,000 sites have signed up to fight against what they are calling the beginning of American censorship. More than 1 million individuals have also joined the cause, sending out concerned emails to congress members across the country. In fact party members from both sides, Democrats and Republicans, are voicing their opposition to the bill. Nancy Pelosi (D) Tweeted, "Need to find a better solution than #SOPA #DontBreakTheInternet "¦" Republican House Representative Darrell Issa Re-Tweeted, "If even we agree "¦ RT @NancyPelosi: Need to find a better solution than #SOPA." Spearheaded by AmericanCensorship.org, individuals and corporations alike are standing in opposition of what many believe to be a slippery slope and an attack on freedom of speech. At the same time, corporations with interests in blocking websites which directly affect their sales and profits are in full support of the SOPA backed internet blacklist. Microsoft, Nintendo, Sony, EA, and even Apple support the bill because if the US government was granted the power to block sites which offer music or other media for free, consumers would be forced to go back to paying the corporate giants for their services. This would mean huge profits, despite what would certainly mean website blocking, risk of jail for ordinary users, and a slew of new legal threats to website designers, owners, and online entrepreneurs.