The iPhone 5 Gets Positive Reviews - Even if it's "Boring" 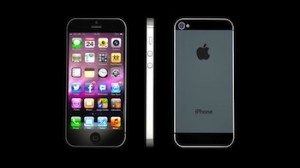 As Bay Area mobile application developers, we at WebSight Design have been anticipating the arrival of the iPhone 5 which was announced by Apple on Wednesday. So far, it's made a positive first impression among tech reviewers. The main physical difference you'll notice in the newest iPhone is that it's slightly longer, lighter and sleeker than the iPhone 4S and iPhone 4 and boasts a stunning 4-inch display. It's faster with an A6 processor and an LTE antennae as well as a new operating system, the iOS6. The iPhone 5's camera features 40 percent faster image capture, low-light performance and a panorama feature that lets you take up to 28 megapixel panoramic shots. It also comes with new audio and a new charger and starts at $199. The most negative comment we've seen for the iPhone 5 was by Wired's Gadget Lab that complains that the new iPhone is "boring." But, says Wired, it's not Apple's fault, it has everything to do with our expectations. We as consumers are so used to Apple bowling us over with their original versions of the iPod, iPad and Macbook Air that when a plain old sophisticated update comes out, we are relatively underwhelmed. Blogger Mat Honan likens the premier of the first iPhone to "tasting chocolate for the very first time." In other words, we're expecting something colossal again, even though what we're getting in the iPhone 5 is a meticulously refined version of their same old iPhone, just a little bit better. It may be something we just use in our day to day lives and completely forget about. "And in its own way, that's actually kind of mind blowing," writes Honan. CNET's Roger Cheng cautions that for the first time, Apple's place atop the smartphone food chain isn't a guarantee. The Android, he says, generates nearly as much buzz as the iPhone and rivals have caught up. The iPhone 5's main features - larger display, access to 4G LTE and a new camera - can already be found on Android smartphones. Regardless, whether the iPhone 5 is a little boring or even if its rivals already have a larger display and nicer cameras, the iPhone 5 will shake up the wireless industry.....as usual.