Who Suffers More? Ulbricht or Bitcoin?
...

Who Suffers More? Ulbricht or Bitcoin? 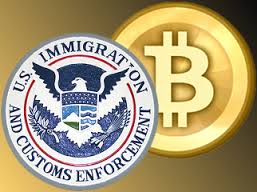 By now I'm sure you have heard of the FBI's arrest of Ross William Ulbricht, the 29-year-old man who has been charged with money laundering, narcotics trafficking conspiracy, and computer hacking. Ulbricht, who ran the website 'Silk Road,' a site known as the 'Amazon of illegal drugs', only accessible through Tor [a service that routes traffic through encrypted layers of the internet to hide data identifiers], was used to buy drugs, and illicit goods and services. The goods and services were bought on Silk Road with the Bitcoin currency, or rather a digital cryptocurrency, independent of any authority. When the IRA seized the website, they also seized over $3.6 million in Bitcoins. Apparently they are still searching for $80 million more, approximately 600,000 Bitcoins, which they suspect operator Ulbricht still has in his possession. Silk Road and Ulbricht are obviously suffering from this bust, as well Silk Road's users, some of whom's identity have already been discovered, but what could suffer the most from this situation is the Bitcoin. It is difficult to pinpoint exactly how many people use the Bitcoin, but the currency has exploded over the past year. At the beginning of 2013, 10.71 million Bitcoins were in existence, equal to about 207.929 million USD; if the IRS were to obtain the Bitcoin and establish regulations, it would without a doubt affect thousands of people. The Bitcoin is run buy a network of contributors and freedom enthusiasts, respecting users anonymity and allowing no authority or organization to know about the transactions. With the anonymity, users assume that they can withhold paying taxes. Once the government recognizes the potential for Bitcoin income to be taxed, we can only assume it is going to be regulated on a much tighter level. A wonderful question to leave this post on, is how will the government use this digital currency? It's not as if they came up on millions of dollars in cash...this currency is semi fictional. Jean-Jacques "J" Cabou, an expert on federal seizures and an international law partner, said, "At this early point in the history of bitcoin, I would be very surprised if the government has existing written policy on what to do if you seize digital currency."